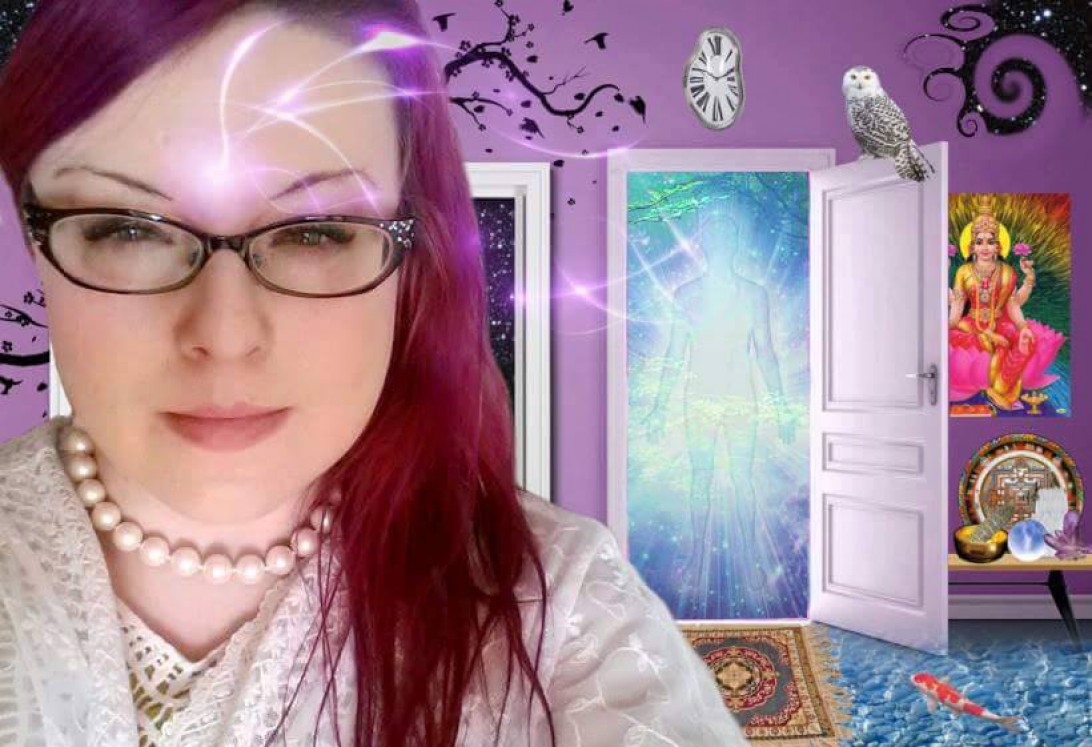 Clairsentience comes from the French “clair” meaning clear, and denotes “clear feeling.”  It is a type of psychic ability that often specifically manifests as a feeling in the body, sometimes centering in the gut (the location of the solar plexus chakra, more commonly called a “gut feeling.” ) Clairsentience is one form of psychic ability particularly based in body wisdom; it uses the senses of the body to communicate information that is typically non-visual and non-auditory.  This ability is one of the many ways that I receive intuitive information.  It is also one of the gifts mentioned in Buddhism as a byproduct of spiritual development.

This bodily sense often manifests in my sessions with clients.  Empathic ability is clairsentient– I may actually feel the client’s feelings, or the feelings of someone whom they are asking about (living or deceased.)  This happens even if they do not openly discuss their emotions with me—for example, they may be holding a lot of unconscious rage.  This experience is very helpful as it directs attention to the client’s feelings and encourages a response based on compassion.  It also alerts me to deeper levels of feeling that may need to be addressed with the client.  Sometimes when clients ask about a situation or choice they are contemplating, I will receive a “gut feeling” about it: at minimum I will definitely feel the positive or negative nature of the energy.  Very often, the strength of the feeling reveals the likely direction that a situation is currently moving towards.

Clairsentience can also involve feeling the physical pain or medical condition of another person, although I tend to receive this information through other psychic senses.  It can also develop as strong attractions or repulsions for certain people, situations, or places (including feeling the energy of emotions that have been expended in a room.) One example is receiving “bad vibes” from another person—connoting a feeling of danger.  Often, I am able to feel the intentions of another person and to know if they are self-serving or manipulative in a damaging way, despite outward appearances (for example, when I pass someone on the street.)  Clairsentience may also occur as various  physical sensations—symbolic or literal.  For example, I know that the truth has been told when I get goosebumps, also called “truth chills.”  I have also had the experience of physically feeling presences in the room, knowing they are there, and also being touched by them (living and deceased.) It also involves the ability to gain information through the sensation of touch–whether it be a person or object.

Clairsentience is one of the most common intuitive abilities.  I believe that it is a divine gift of guidance that is given to everyone at birth and is part of the human perceptual system.  It can be enhanced in many different ways—through meditation, through spiritual practice, through self-work, through openness to experience, through belief in the ability and listening to one’s Self.  Unfortunately societal influences do not encourage its development and it very often shuts down. With interest, the desire to grow and develop, and the discipline necessary for meditation and other spiritual practices, these abilities will expand.  I think that spiritual development is very related to the growth of intuitive abilities, especially for those who are truly called to do this work, as it comes from a genuine desire to help others and requires the development of many spiritual qualities—such as discipline, dedication, and general awareness and sensitivity.

Theoretically  it’s possible that these abilities developed via evolution, but the argument can be made that they have always been there to some degree.  It typically takes effort and hard work to develop these abilities and use them in the best possible way.  If more people would trust and develop these skills, it’s possible that a critical mass would be achieved in evolution that would allow a greater level of ability to be present from the very beginning.  If you are interested in developing your empathic ability more seriously, contact me and we can discuss my Mentoring Program in Psychic Development.